How A Writer's Decision to Give a Character Backstory Altered a Little Slice of WWII History: Part 1

One of my all-time favorite movies is Jaws. It’s one of those movies I could watch over and over again, even though by today’s standards, old Bruce the mechanical shark is looking pretty fake. Plus, I already know what’s going to happen, so how is it I can watch it again and again? 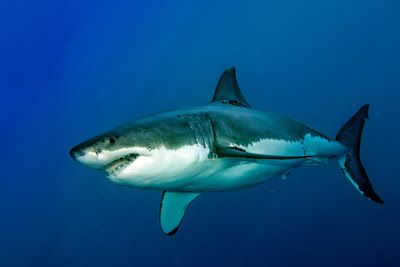 Besides the camera angles that allow you to see what a shark might see as he’s contemplating lunch, and the crowded beach scenes filled with groovy-looking extras sporting style that would make Marcia Brady proud, Jaws is a great movie because of the authenticity of its characters.

There’s a saying in the writing world that there’s only a handful of plots in existence, (probably less if you’re watching Lifetime Television J), so when you write a story you’ve got to put your own twist on a common plot to make it unique. A way to do this is through characters--rich characters, memorable characters, characters that people can identify with.

But how does a writer develop authentic characters? One key ingredient to authentic characters is to know their backstory. Even if it never makes it into the final book (or script) a writer should at least have an idea of the previous events in a character’s life that have made them who they are. Why do they act the way they do? What are their motivations?

An uncredited writer of the movie Jaws decided that the character Quint, the salty shark hunter, needed a backstory. He needed to find some motivation for why Quint had such animosity for sharks. What no one realized at the time, is that this writer’s idea would set forth a series of events several years later that would impact a little slice of World War II history.