"If we don't do it, who else can?" The Courage of Charles Schulz

As this year comes to a close I had wanted to write a holiday blog post about one of my favorite Christmas specials, A Charlie Brown Christmas. I have been busy working on The Web and scheduling book signings left and right, and my blog has been neglected indeed. I planned on writing this post before today, however things got delayed when I suffered an injury wrapping Christmas presents.

What? You might ask. How can you injure yourself wrapping presents? Well, believe me, you can if your back is forty-something years old and you are doing a lot of leaning over as you cut, tape and furiously wrap each gift, and then you turn and bend at the waist to reach the next present. You can suffer a painful spasm that wreaks havoc on your entire lower back and sends you to the urgent care for muscle relaxers, steroids and painkillers.

It happens. And it happened to me.

That was a few days ago but now I am much better and since it’s still before Christmas, I will proceed with the blog post that explains why we all need a little bit of Charles Schulz’ courage inside of us.

In 1965 Charles Schulz was notified that Coca-Cola was interested in sponsoring a thirty minute Christmas special featuring his Peanuts characters, and that he needed to come up with the outline for a script in five days. Schulz calmly rose to the challenge. He shared with his producer, Lee Mendelson, his ideas, saying, “If it’s to be a Christmas special, I certainly want to deal with the true meaning of Christmas.” His outline was sent to Coca Cola, who bought it and gave him six months to produce his special—a very short time considering the task at hand. But Charles Schulz – or Sparky, as his friends called him – rolled up his sleeves and got to work, and did not back down when a few of his ideas were challenged because they went against the popular opinion of the times.

Number One: Sparky refused to use laugh tracks (dubbed in laughter to signal to the audience when a joke was told). Shows like The Flinstones and The Jetsons had built in laugh tracks, but when Mendelson suggested using one to Sparky he said, “Absolutely not.” And that was the end of that.

Number Two: Charles Schulz insisted on using children to voice the parts, instead of using adult actors pretending to be kids. Some of the children who were cast were even too young to read and had to have their lines fed to them. I found that seven-year-old Christopher Shea was the young actor cast to voice Linus, and this is where my research into this blog post took a bit of a turn.

I could not escape the fact that the picture of Christopher Shea had an uncanny resemblance to the boy from "The Poseidon Adventure" (one of several disaster movies of the 1970’s that made me never want to set foot onto a cruise ship). So I stopped my research and performed a few Google searches to satisfy my nagging curiosity. As it turns out the actor who was the voice of Linus is the older brother to Eric Shea, the actor who followed Gene Hackman to safety aboard the overturned Poseidon ship. Consider this your random fact of the day. :)

Number Three: Charles Schulz, who was a strong Christian, wanted his cartoon to include the true meaning of Christmas, which meant adding a religious component to the show. His main animator, Bill Melendez, was not so sure. When he first looked at that part of the story he told Sparky, “We can’t do this, it’s too religious.”

To which Sparky replied, “Bill, if we don’t do it, who else can? We’re the only ones who can do it.” They finished the special which included Linus’ now-famous reading of the King James version of Luke 2: 8-14 then took off for New York to present it to CBS’ top executives.

Producer Lee Mendelson was apprehensive. Many of the animators had shared their opinions that something seemed a little off. Indeed, this was the first Peanuts animated special, and they were using jazz music, no laugh tracks, children's voices and a Bible verse inserted into a cartoon when cartoons were supposed to be funny. The top two CBS executives watched the special, and when it was over they turned to Mendelson.

“Well, you gave it a good shot,” said one executive.

“It seems a little flat … a little slow,” said the other.

However, despite their misgivings CBS still aired the show and incredibly 15 million households tuned in to watch. A Charlie Brown Christmas came in second in ratings (losing out to Bonanza) and later won an Emmy and spurred several more Peanuts specials.

So why do I say we all need a little bit of Charles Schulz’ courage inside of us? When I learned of how Charles Schulz had the courage to stick to his vision of keeping religion in his Christmas special, despite some doubters around him, it reminded me of what would happen three years later when he had the courage to add an African American character to the Peanuts gang, despite people around him worrying it could kill his comic strip. see my blog post

Both times Schulz did what he felt was right, and both times the nay-sayers were wrong and Good Ole Charlie Brown thrived. We need a bit of Sparky's courage because we live in times where it can be intimidating to voice an opinion or stick to a vision. There will always be people who may disagree or have doubts (or troll you on Twitter) but if you believe in your vision, don’t be afraid to let it shine. The world may be a better place because of it.

Posted by Unknown at 4:08 PM No comments: 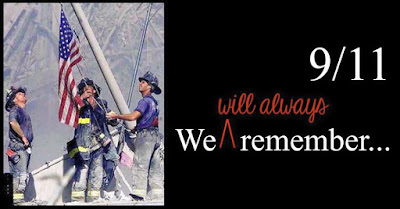 These are the stories that may not be covered in textbooks, but we can pass them down. What about you? What do you tell your children about that fateful day?
Posted by Unknown at 3:16 PM No comments:

Coming Soon to a School Near You ... 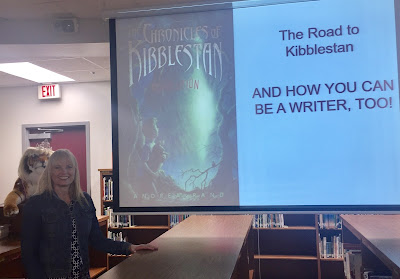 It's 2017 and time to set goals and declare resolutions. To be very honest, I am not the most focused person. In fact, my husband calls me "squirrel!" as I'll be in the middle of doing something, see something that distracts me, and I go off pursuing it like a dog chasing a squirrel before my original task is complete. Not a good trait to have when you need focus, but despite my tendency to get off track I still like to set goals and work towards them. And this year my goal in 2017 (besides finishing the third installment to my Kibblestan series) is to do some Author Visits at schools! I have already done a few and am having a total blast with the kids and hopefully they are having a blast with me! I have updated my website with the presentations I offer, so please check out the Author Visits tab on my website and give me a shout. If you live locally, I can come visit. If you don't, we can Skype! And have a very Happy 2017!
Posted by Unknown at 7:00 PM No comments: